The band released their first album Funky Alchemy in 2016. They just released their second live album “Alive in Marin” recorded at Terrapin Crossroads and the 2019 Fairfax Festival. The current focus in the band are the vocals with 3 part harmonies.

Talley Up! has opened for Moonalice in a local festival appearance and performed with Karl Denson at the 2017 High Sierra Music Festival followed by an appearance at the 2017 For the Funk of It Festival in the High Sierras. Locally the band performed 8 times at Phil Lesh’s now legendary club Terrapin Crossroads in San Rafael, Ca from 2017-2020 and multiple shows at the Sweetwater Music Hall in Mill Valley including opening for New Orleans trumpet maestro Kermit Ruffins! In their home town of Fairfax the band has played extensively at 19 Broadway, the Iron Springs Brewery and Peri’s as well as regular appearances at Smiley’s in Bolinas and the Lagunitas Brewery in Petaluma. Talley Up! has also appeared regularly in San Francisco at the Tupelo in North Beach as well as Amnesia, Doc’s Lab and the Yerba Buena Gardens.

Talley Up! brings together the dance mania that is New Orleans funk with extraordinary improvisation skills they have dubbed “swampedelic” to take the music and the audience to higher realms with each successive show!

“You can not find a better New Orleans style band in the Bay Area than Talley Up! “
~ Mitch Stein (The Radiators, The Gatorators, Cryptical)
Keyboardist, Producer, Promoter

“Jim Talley is a great keyboardist! It’s a damn pleasure to play with him!!”
~ Eric McFadden (Parliament/Funkadelic, Eric Burdon)
Guitarist

With bassist Jen Rund and drummer Michael Pinkham ably holding down the rhythm section, Talley and Finch are free to take off on flights of jazzy improvisation on the album’s nine tracks, recorded live in July, 2015, at 19 Broadway in Fairfax.

The interplay between the soloists is intense on the Talley original “The Reclining Buddha,” and covers of tunes by the likes of Lennon-McCartney (“Glass Onion”) the Nevilles (“Hey Pockey A-Way”) and the Crusaders’ Joe Sample (“My Mama Told Me So”). Saxophonist Gary Regina adds some inspired solos on three tracks, including Robert Walter’s “There Goes the Neighborhood.”

Be prepared for some concentrated heavy listening on these impassioned, mostly instrumental tunes, ranging in length from six to more than ten minutes. Talley is especially impressive on the organ, sounding like a Marin version of Jack McDuff.

Although the album was recorded on 24 tracks in sparkling clear fidelity by Bob Cogswell, there are precious few audience sounds to give it the immediacy of being played in a nightclub rather than in a recording studio. Then again, there’s no external noise to detract from this impressive debut by a quartet fronted by two of Marin County’s finest unsung musicians. 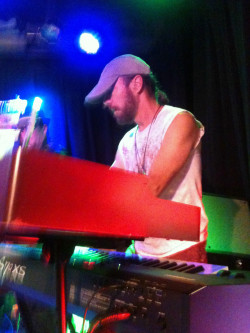 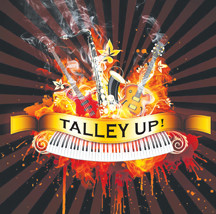